With the basic grunt work done for the moment, I’ve turned my eye toward the longer-term goal for the 4 starships.

For over 40 years, since seeing the episode “Space Seed” where Kirk and Co first meet Khan Noonien Singh (Ricardo Montalbán), I’ve wanted to build a model of the SS Botany Bay.

In the episode, the Enterprise crew encounter the SS Botany Bay adrift in deep space holding selectively bred superpeople from Earth’s past.

You can find out more about the episode if you’ve never seen it here.

The starship SS Botany Bay has always fascinated me since I first saw the ship in the late 1970s in Australia. As can be seen below in a shot from the original filming in this effects shot the SS Botany Bay is in tow next to the USS Enterprise. 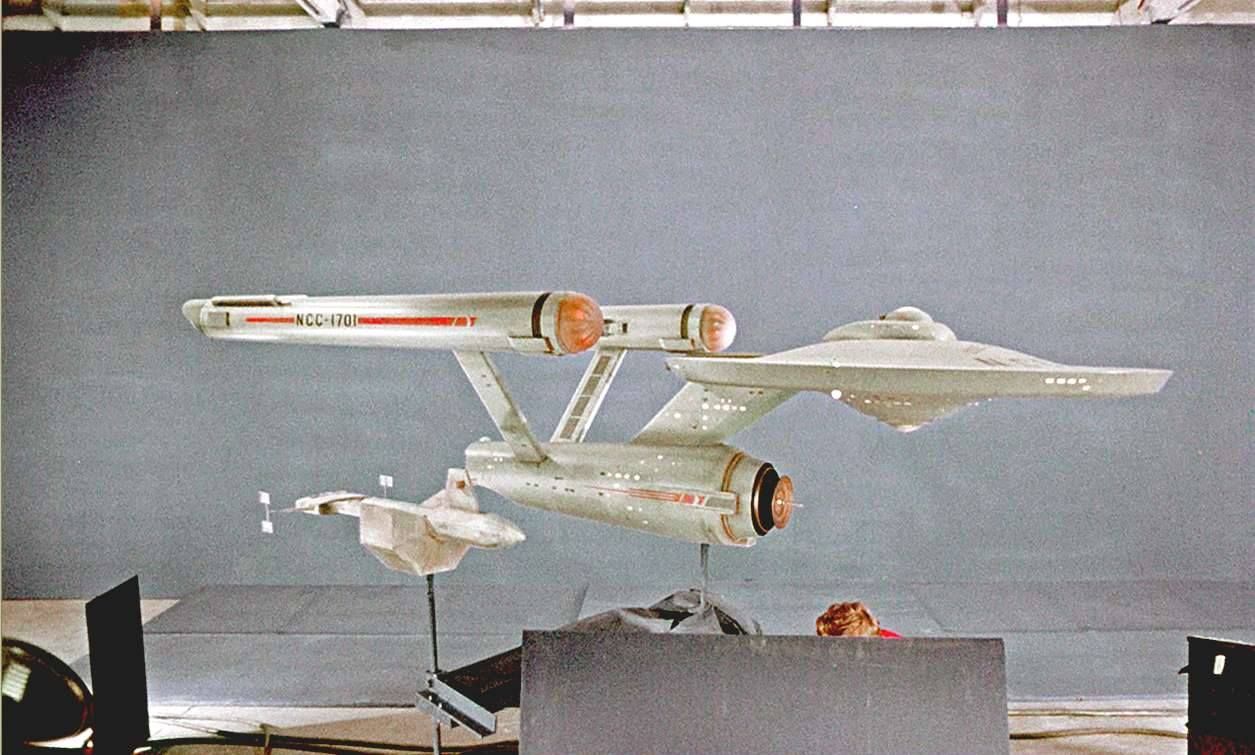 While thinking of how to complete the build for the current model set I’ve gone back to the Botany Bay for inspiration. Being deep space vessels and missile boats to boot, they have certain needs in regard to accommodating all of the bits and pieces needed to do their jobs.

Here is a concept drawing I did today that gets us along the path somewhat. You are looking at the front of the ship with the nose section only shown in the drawing. I want to do more work on this yet before I get to a final stage and begin the building of the additional parts to complete all four ships.

This certainly won’t be the last of the concept drawing but it does have several things that I will be incorporating into the final design. The missile pod will be one. I don’t see that it will be joined to the accommodation pod in the next concept drawing. I’ll be working on that tonight and post it in the next couple of days as I get closer to the final stage and develop cutting plans for the larger sheet parts of the build.

Happy Easter to all