The Melbourne A1 class trams were a direct development from the previous Z3 class trams. Construction began in 1983 with 28 A1 class cars being built. Originally the class were delivered with trolley poles (not pantographs). The A1 class are externally identical to the follow-on A2 class. Internally there are differences in the fit-out and with some of the electrical and electronics; the A2 Class trams being fitted with Hanning & Kahl electronic disc brakes. When written (in 2022) these trams were nearing the end of their useful life at 38 years of age. Plans had been announced in late 2017 to begin an upgrade program to life-extend the A1 and A2 class. However, COVID-19 played a part in the delay of this program, which commenced in  2021.

As noted on the RailExpress.com.au site:

“The Victorian government has confirmed $1.48 billion to locally build 100 modern, accessible trams to replace A and Z class rollingstock. The next-generation trams project has been in the interactive design stage, with indications that the future trams will include on-board energy storage to reduce the need for infrastructure upgrades. Several manufacturers have participated in design and engineering workshops to adapt their tram models for the Victorian network.“

This would replace the A1 and A2 class completely and I’m guessing many of the un-refurbished Z3 class trams once introduced. The new trams (most likely called F class) will begin rolling out across the network from 2025.

Tram #231 was withdrawn after a major fire in the #1 end electrical cabinet on a late-night service through the city in 2013. To my knowledge, the car is still at the Preston Workshops, and not yet scrapped. Her fate is unknown. However, with the Z/A class life extension programme currently underway, if salvageable, she may yet run once more. 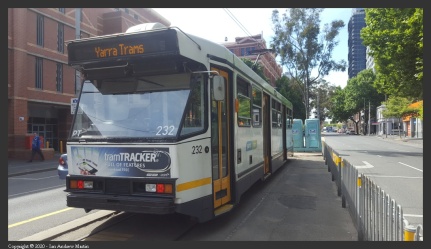 Tram 232 at the Remand Centre shunt, (former route 75 terminus) at Spencer and Latrobe Street having run a route 12a service from Fitzroy Street St Kilda to Southern Cross station. The 12a route only runs during peak periods such as major events and during the holiday periods. 16 December 2017. 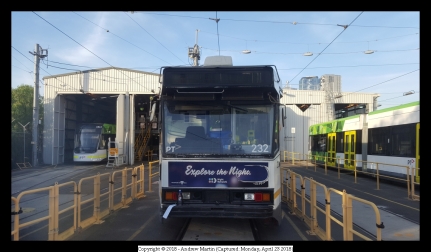 A1 class tram 232 preapres to car-out from Southbank, via the West gate for the evening peak services on April 23rd 2018 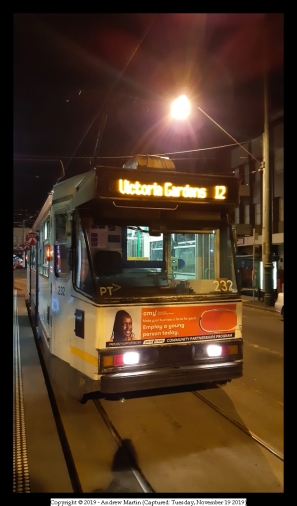 It’s two minutes after midnight on March 19, 2019 as A1 class tram 232 prepares for the last trip to Victoria Gardens 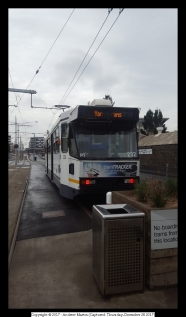 The rain is easing on 28 December 2017 as A1 class tram 232 prepares to return to St Kilda, via Collins St and the city 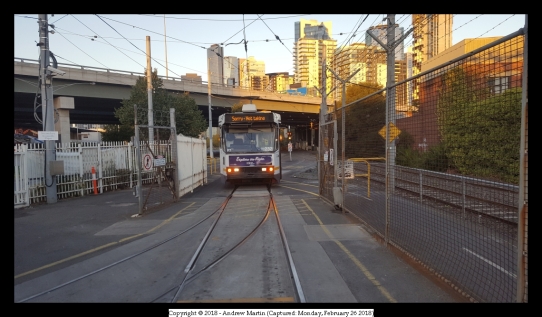 For A1 class tram 232, the day is over as it prepares to enter Southbank tram depot on the evening of February 26, 2018 via the East gate

It’s just before 11pm on Boxing Day 2017 and A1 class tram 233 has just arrived at Victoria Gardens from St Kilda on the Route 12. 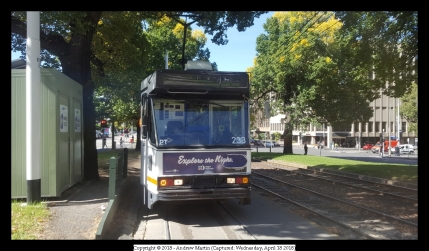 In a scene now relegated to history, A1 class tram 233 sits at the St Vincent’s terminus of the Route 30 on a sunny mid April lunch time

Two elements of this picture are now history, the wheel and A class trams on the Route 30, here at Footscray Road, Docklands early on the morning October 2nd, 2017

A1 class tram 233 has had some attention on Southbank’s lathe (5) road overnight and is preparing to car-out for the day’s work just before 5 am on November 30, 2018 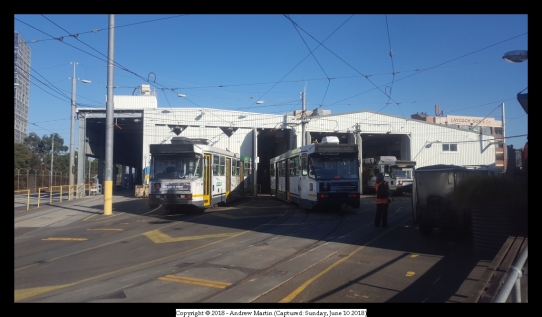 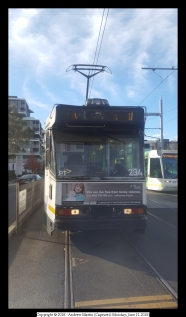 A1 class tram 234 is ready to leave Victoria Gardens terminus, as soon as as C1 class tram 3029 has passed on the mainline, just after Monday’s morning peak on June 11, 2018 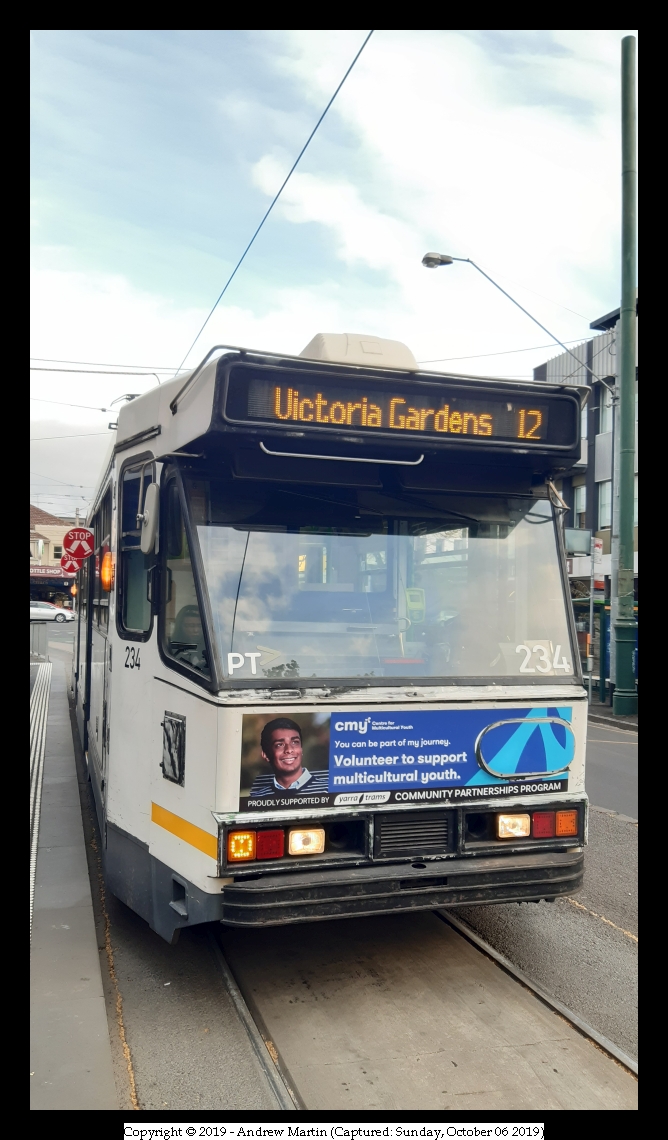 A1 class tram 234, looking a little the worse for wear, prepares to leave the St Kilda terminus on a route 12 to Victoria Gardens, October 6th, 2019 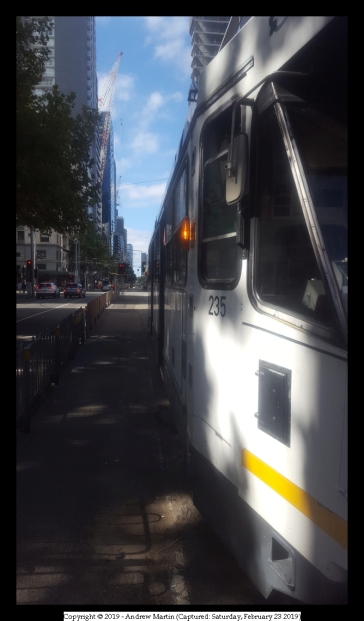 February 23, 2019 saw the removal of a large crane from La Trobe Street in the city. A1 class tram 235 sits at Elizabeth St on a Route 30 about to depart for Docklands. 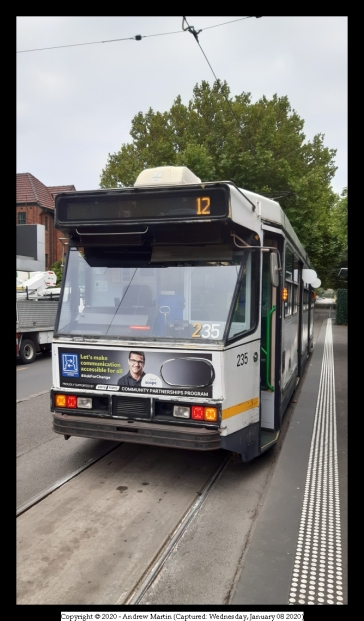 January 8, 2020 sees A1 class tram 235 sitting at the Route 12 terminus, ready to return to Victoria Gardens 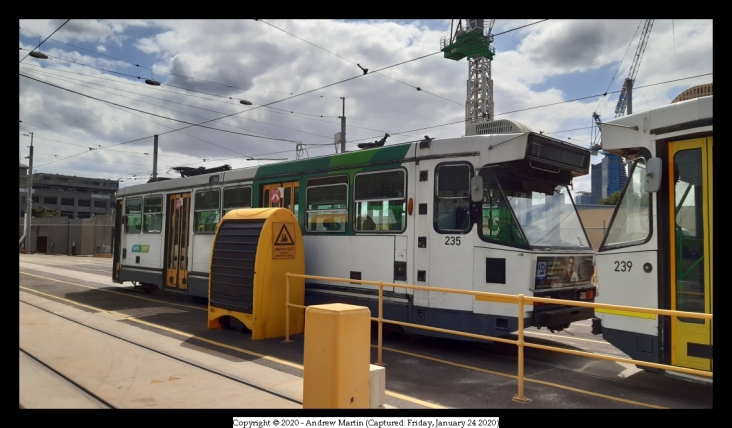 This tram seems to be a favourite for the operator’s all-over-advertising (AOA) team. 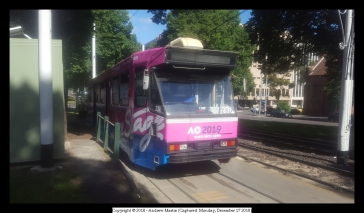 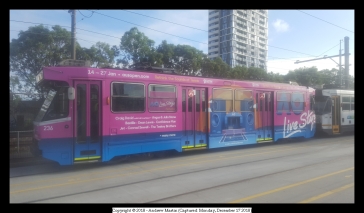 December 2018 saw 236 in an AOA scheme to advertise the Australian Open.

The 2021 Art Tram for Southbank was an oustanding design which once again saw 236 in a very smart AOA scheme.

The 2021 Art Tram for Southbank was an oustanding design which once again saw 236 in a very smart AOA scheme. 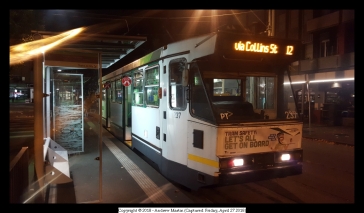 Late night, late in April 2018, A1 Class tram 237 sits at the Route 12 St Kilda terminus ready to head back to Victoria Gardens 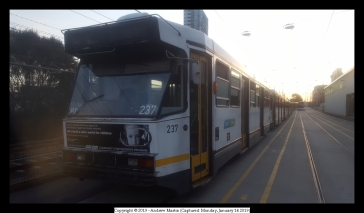 Early January in 209, and A1 class tram 237 has just arrived on Southbank’s 1 road at the end of its day 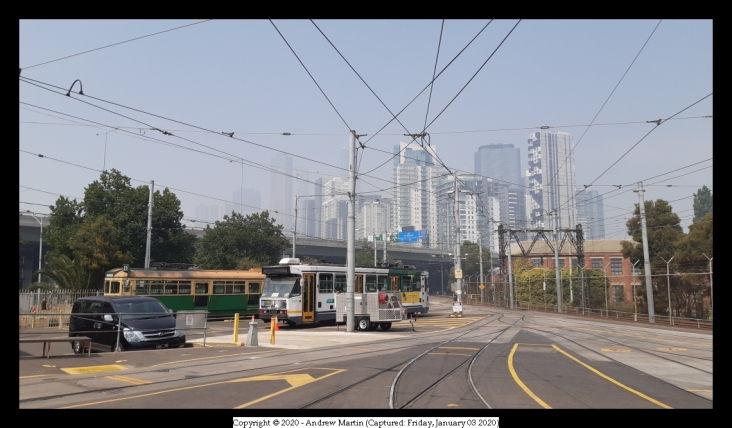 Amid massive bush fires, all along Australia’s east coast, A1 class 237 tram sits on Southbank’s 10 road while smoke blankets the city 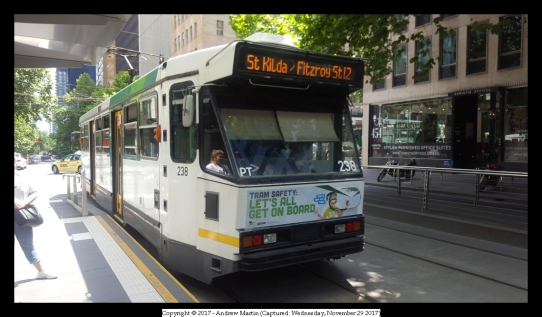 Driver swap complete, A1 class tram 238 draws away from the Collins and William street stop heading to St Kilda on the Route 12 on November 29, 2017 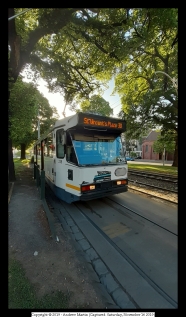 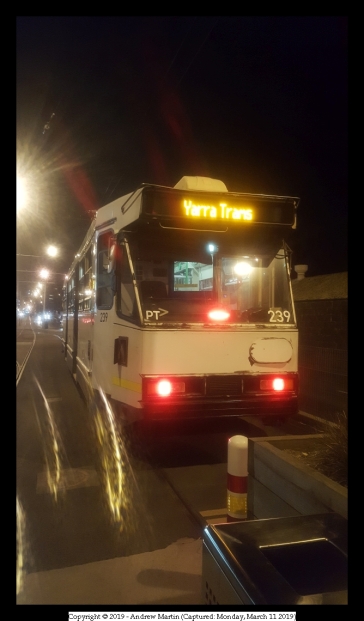 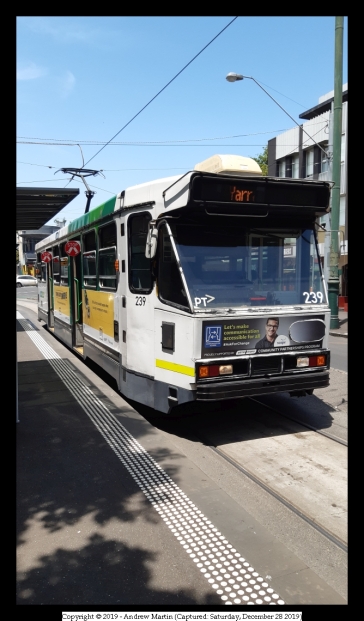 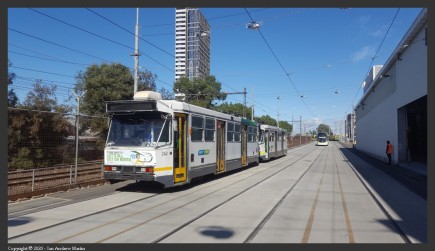 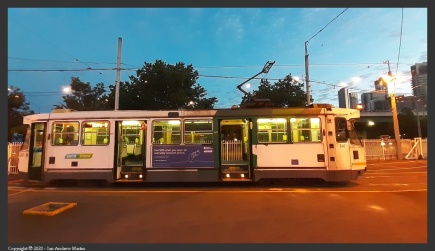 It’s before sunrise with first light in the sky, on December 9, 2019 and A1 class tram 240 prepares to run out for the morning’s service 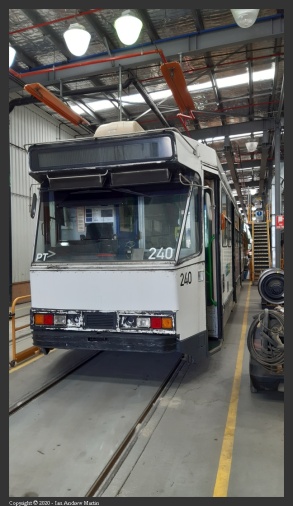 December 9, 2019 and A1 class tram 240 has completed its morning duties and is now parked up on the west end of the maintenance shed awaiting a regular examination while her driver goes in for breakfast